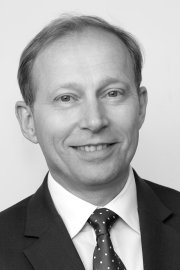 Richard D is one of our great founding fathers, having joined Richard Harding in its first year of opening. Originally from Oxfordshire, Richard went off to Portsmouth Polytechnic (where he met his lovely wife Claire, our accounts manager) and qualified in London as a Chartered Surveyor. Bristol beckoned (naturally, it is a lovely city), and he has now been an estate agent on Whiteladies Road for 23 years and as a result, Richard is a fountain of local property knowledge. That’s why we call him Yoda. We don’t actually (for he is neither small nor green - although he is very wise). We call him Drewie. Or RAD. Or The Janitor (it is thanks to Richard that our building runs smoothly - with lights, heating and hopefully free of health and safety hazards). Richard lives in Clifton with Claire and their two children, and in his spare time enjoys days away in the family campervan (affectionately named Doris), and satisfying his liking for real ale and French red wine (although these aren’t always drunk at the same time). Richard also still tries to play cricket.

Things are quite different for us all at the moment, and we are prioritising the wellbeing of our clients and our team at all times.


Government guidance for this latest lockdown allows our office to remain open and the property market to keep moving.