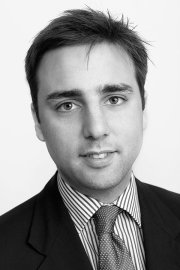 Most interesting fact: Is fully qualified to sail Catamarans

Charles is another Cornish boy, and was fortunate enough to spend his childhood chasing his dogs through the countryside and sailing the seven seas (well actually it was around Cornwall harbours). After having studied in Truro, he left school and joined a reputable Cornish Estate Agent (the same agency as Pete S previously worked at no less!) where he specialised in selling second and family homes throughout the county. In 2013, Charles was drawn to the bright lights of Bristol, whereby he promptly, joined our team (re-establishing with Pete S!), bringing along his infectious energy and enthusiasm. Charles’ gusto has made him a valuable team member, and clients warm easily to him, allowing him to focus on customer contact; something Charles is passionate about (and very good at!) In what spare time he has, Charles still enjoys water sports and is a keen badminton player. He also likes to run (so much energy!) and is something one would call ‘a social butterfly’.